3 things you should know about Marc Schmidt

Marc Schmidt is hard-working, focused and determined. As season 2019 is coming to a close, he also turns 24 today! It seemed like the right moment to ask him a few questions about himself, his journey in Supermoto and his ambitions.

In 2015, he won the European Champion title, and also the Mettet Superbiker, the world’s biggest supermoto event, ahead of Romain Febvre and Thomas Chareyre.
In 2016, he finished second in the World Championship behind the many times champion Thomas Chareyre.

Since 2018, he has been racing in Ivan Lazzarini’s Italian L30 Racing team.
In 2018 and in 2019, he won again the Mettet Superbiker, ahead of Thomas Chareyre, as well as the Italian International Championship.

Today, Marc answers a few questions about himself.

How did you start riding Supermoto?
I used to ride only Motocross. But in 2002 I took part in a Supermoto event in Genova (Italy) with a motorcycle company called Young Rider, and this is how it all started. Supermoto feels really special to me, because of the mix between asphalt and off-road. This feeling you can only get in Supermoto!

You had a good season this year, what were your best and worst moments?
My best moment was for sure the final race of Superbiker Mettet – because this is the highest level race in supermoto! If you win this race, it is incredible!

The most difficult moment of the season was the first race in Ottobiano, in the Italian Championship – I broke two bones in my hand and, of course, it was not the start I wanted for the 2019 season!

Do you have a “daytime job” apart from riding supermoto?
Yes, I am a weld tech at Zeppelin, on different materials, from small to big components.

What is your training routine? How do you balance work, personal life and high-level training?
My favorite training for sure is motocross! But also a big part (specially during the week, after my work) is condition training (like running) and muscle training.

Regarding balance, the most difficult point is to find enough time for the training on the bike, because if you are working during the day, there are constraints for when some MX tracks are open, for example. With my personal life it is easier, because my priority is definitely to ride a bike!

As the season is coming to an end, what is your program during the winter?
During the winter I maintain my fitness with the condition and gym sessions and when it is possible, I will also go to Italy and Spain to spend my free time on the bike, because that is what I love!
And one of my favorite parts is also to test and help develop Metzeler tires.

Something more personal: where do you find your strength, or what motivates you when you get up in the morning?
For sure the two biggest parts for my strength is my father and the education he gave me! And also my motivation, to be the best supermoto rider in the world!

What is your ambition?
My objective is to become the best rider! I am always working hard to improve my performance, and I want to be better than all the other riders.

Is there anything unusual that you can share about yourself?
I get very hot-tempered, when I am unable to ride because of bad weather or because of an injury. So this is a no-go!

Is there any advice you can give to riders who want to progress in competition?
Don‘t spend to much money on a bike – first of all you need some hours and the right training on the bike. Work hard first, then you can modify your bike.

Thanks a lot for sharing all this. Anything you would like to add?
No, because you asked me everything
Thanks guys!

Subscribe to our newsletter to receive more Supermoto info, as well as offers from Supermoto Army 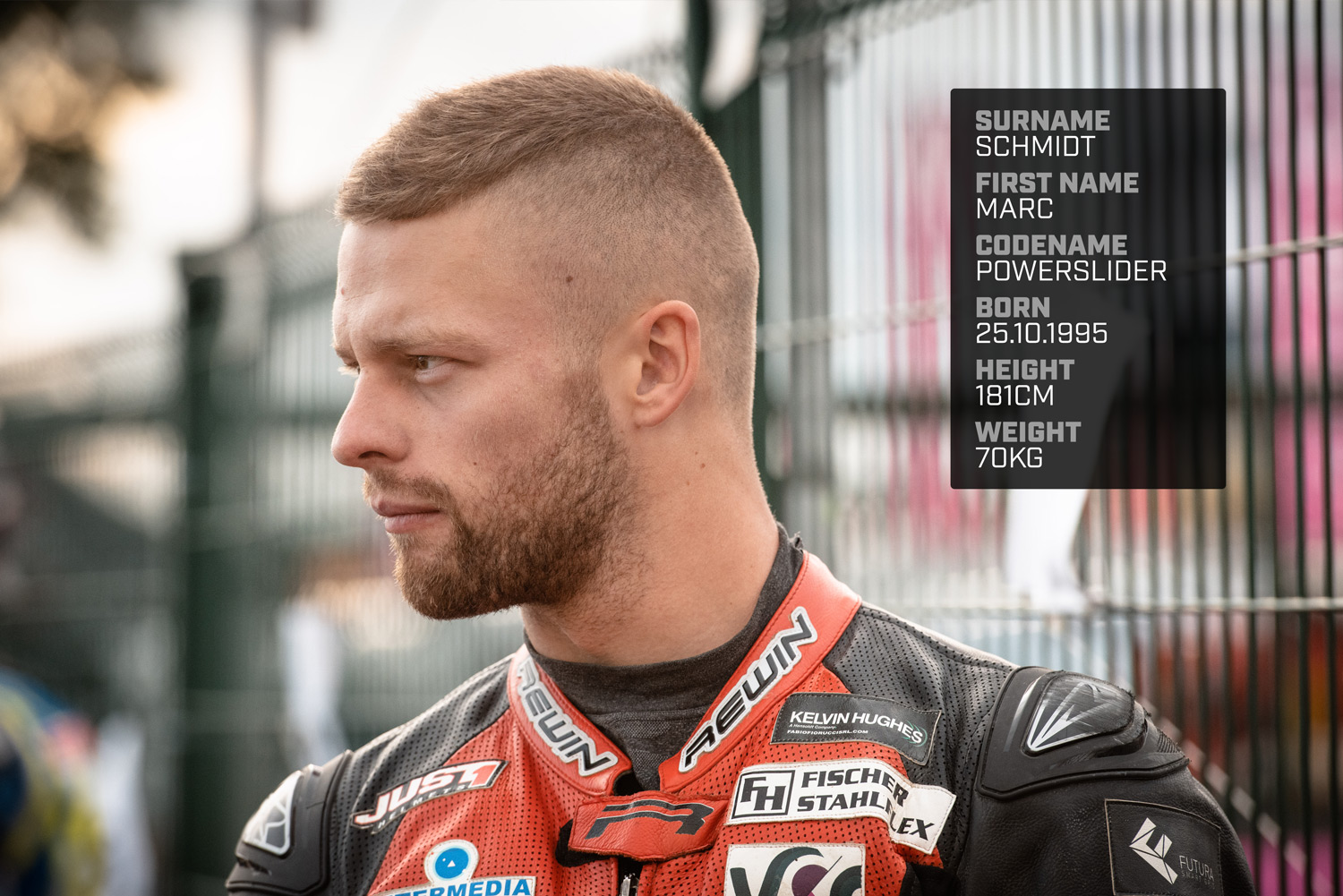 A limited edition mask for free with your next order - but only a few available !

After the lockdown, the Supermoto Army website is getting a makeover!

Supermoto Army to adapt its operations

Supermoto Army will be making some adjustments to deal with the Covid-19 coronavirus outbreak.